A major focus of the Premstoppers campaign is educating doctors and women.

First of all, thank you for sending the Dear Physician letter to all those women’s health doctors.

We always know when you are busy with this because of the calls and emails we get asking for more information. See the power of a letter. They still work.

I’ll tell you something else that seems old-fashioned and still works.

Billboards. We love billboards. They can be very powerful. And a good investment.

The “Warning! Premarin Contains Horse Urine” billboard is a real winner. We put them at medical centers near women’s hospitals if we can.

Our goal is now 25. We now have 11 thanks to our last Premstoppers shout out. Will you help?

[The oh boy, happy day reporting is about as hard to take as the photo of the dead cougar. Here’s the headline the mainstream paper gave this vile act of murder: ] 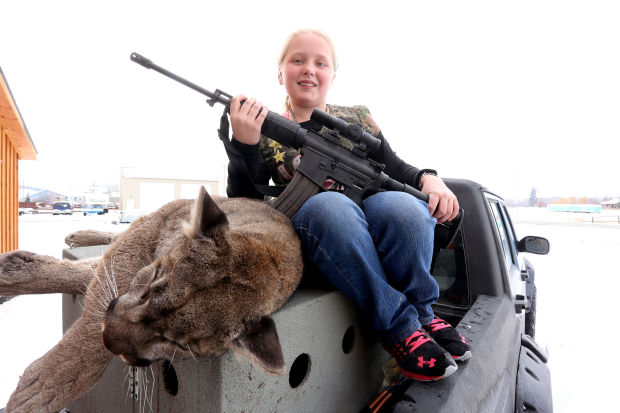 It was something she never forgot.

The excitement of the chase through snow, over rocks and up steep mountains. The sound of the dogs baying at the base…

Polar Bears are some of the most majestic and beautiful animals in the world. The global population estimate is between 20 000 and 22 000. This classifies the Polar Bear as ‘threatened.’ Polar Bears are threatened by pollution High levels of chemicals and PCBs. Another threat is global warming. Without ice Polar Bears are unable to reach their prey.

But the most immediate threat is hunting. Over 1000 polar bears are hunted annually! This prevents the Polar Bear population from increasing to a healthier number. Canada is the only nation in the world that allows Polar Bear hunting by non-natives and non-citizens. (Polar Bears also live in Alaska, Russia, Greenland, & Norway) Canada sells polar bear hunting licenses to trophy hunters. The main problem with this is that 60% of Polar Bears reside in Canada.

The Canadian government are paying hunters…

Recently the American Veterinary Medical Association and the American Animal Hospital Association have issued policy statements warning pet owners from feeding raw diets. Their warnings are based on studies suggesting that raw diets for pets are more susceptible to Salmonella contamination. These precautions are not without merit.

Population: if we are lucky about 30 left in the wild

Currently the number one ranking endangered species that still can be found in the wild.

People usually think of leopards in the savannas of Africa but in the Russian Far East, a rare subspecies has adapted to life in the temperate forests that make up the northern-most part of the species’ range. Similar to other leopards, the Amur leopard can run at speeds of up to 37 miles per hour. This incredible animal has been reported to leap more than 19 feet horizontally and up to 10 feet vertically.

The Amur leopard is solitary. Nimble-footed and strong, it carries and hides unfinished kills so that they are not taken by other predators. It has been reported that some males…

Well, here we go again. More slings and arrows at Canada’s horse slaughter industry. Maybe this time it will actually do some damage.

No doubt Canada’s horse slaughter industry is rife with problems.

Last year, a Canadian Food Inspection Agency employee muttered to Tuesday’s Horse that they do not have the budget to see that regulations are fully enforced. In addition to taking in thousands and thousands of horses for slaughter they shouldn’t be, meat inspections at horse slaughter plants are rare.

This is borne out by Henry Skjerven, former director of Natural Valley Foods, the abattoir that went out of business in 2009 when they started slaughtering horses in addition to cattle.

Skjerven states in an investigation for the program 16×9:

“He says the few inspectors in slaughterhouses are stretched much too thin, and can’t…

Chilko River in the BC Cariboo

A century ago, 35,000 grizzly bears lived in British Columbia and also flourished from Alaska to Mexico, and east to Ontario. Today, only about 15,000 grizzly bears inhabit B.C., having disappeared from the Lower Mainland, the Okanagan and around Fort St. John.

Despite being large and ferocious, grizzlies are highly sensitive to human impacts such as loss and fragmentation of their forest and mountain habitats by clearcuts, roads, oil and gas pipelines and other industrial infrastructure. Female bears reproduce later in life and often produce only a small number of cubs that survive into adulthood. Grizzlies travel long distances to find food, putting them at risk of coming into contact with hunters, roads, towns and other human encroachments into their habitat.

Bear experts have long known that if we want to keep grizzlies on the landscape, we must protect their habitat and ensure that…

Between Thorn Bushes and Claws

Memphis Animal Services impounded a 2 year old male Alaskan malamute on January 31 for roaming loose.  His owner called the next day to inquire about redeeming her pet.  This should be the end of this dog’s story at MAS – right here.  Because the dog was owned and wanted and the owner contacted MAS to advise them.  But it’s Memphis, so no.

MAS told the owner they would sell the dog back to her for $83 but only if the dog’s heartworm test came up negative.  Then they ran to take blood from the dog and do a heartworm test.  Eleven minutes later, someone from MAS hopped back on the phone to call the dog’s owner with the news:  the heartworm test was positive so the price to buy the dog back was now $333.  So slick.  The owner advised she could not afford that amount and so MAS… 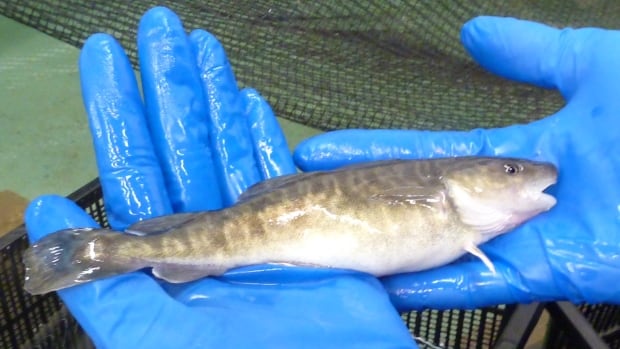 A researcher holds an adult female tomcod taken from New York’s Hudson River. Most of the river’s tomcod now carry a genetic variant that makes them resistant to the ill effects of PCBs humans have dumped into the river.

Plants and animals have a long history of acclimatizing to city living – think of raccoons and their expert pillaging of compost bins. But now biologists are beginning to see signs that something more fundamental is happening. They say wild things may be changing at a genetic level to survive cities and their polluting, habitat-fragmenting ways.

Fish in New York’s chemically-laden Hudson River have evolved a genetic variation that gives them resistance to PCBs, for example. Birds nesting under highway overpasses in Nebraska have developed shorter, more agile wings, allowing them to quickly swerve from oncoming traffic.

Tissue from an Adélie penguin was found to be contaminated by a chemical from a research station.

Antarctica is one of the most pristine environments on Earth, but it’s wrestling with a pollution problem. And the very people who are working hardest to protect the continent are responsible.

Across Antarctica, wastewater from dozens of research bases, housing up to 5,000 people at a time, mostly scientists, is releasing nasty chemicals into the environment—and into penguins and other wildlife.

The most recent culprit: a toxic flame retardant called Hexabromocyclododecane, or HBCD.

Da Chen, an ecotoxicologist from Southern Illinois University, and some marine science colleagues recently tested for HBCD at the U.S. research base McMurdo Station, on the southern tip of Ross Island, and at a New Zealand base nearby, using samples from dust and sewage sludge.

Wildlife encounters on safari in Nepal at the … Bardia National Park. Wild elephants, one-horned rhinoceros, and amazing encounters and charges by the Royal Bengal Tiger.

March 2014: Celebrations are running high in Nepal because for the second time in recent years it has achieved a major milestone in conservation, a zero poaching of tigers, rhinos and elephants for the period February 2013-February 2014. (The last time was in 2011).

At a time when tigers and rhinos are being rampantly poached around the world, this success it is a great reward for the country’s work and commitment to combating wildlife crime, and resounds hope for wildlife.

Cross-posted from The Tennessean
by ROY EXUM

The scurrilous crowd that is desperately trying to halt a national effort to eradicate horse abuse, or soring, of Tennessee Walking Horses has just gotten 10 despicable friends.

Shockingly, the 10 are actual members of Congress and seven are from Tennessee, the epicenter of a depraved and sadistic method of “training” the beautiful animals with caustic wraps and electric shocks in order to achieve an unnatural and sickening gait called the Big Lick.

Currently there is a very good bill pending in Congress called the PAST Act, which stands for “Prevent all Soring Tactics.” The bill, sponsored by Ed Whitfield (R-Ky), is quite popular; a majority 265 of 435 members of Congress are now listed as co-sponsors of H.R. 1518. A similar bill in the Senate (S. 1406), sponsored by Kelly Ayotte (R-NH), is also well on its way…