This Paralyzed Dog Was Left To Die On The Streets In Mexico. Now He’s Someone’s ‘Kid’ In LA – http://huff.to/1hwIvj6 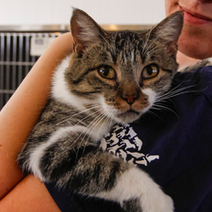 There are more than 70 million owned cats in the U.S. and only 60 percent live safely indoors. 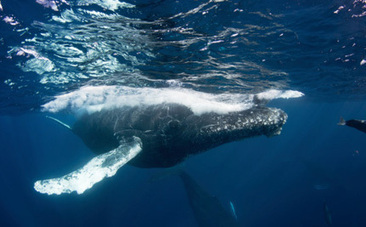 The state of Alaska has taken action to have federal protection removed from North Pacific humpback whales, who it believes are no longer in need of protection under the Endangered Species Act.

Chilean officials are enlisting squadrons of owls to combat a rat-borne plague that has killed 15 of the 36 people infected since September.

This deadly and highly contagious strain of hantavirus, carried by long-tailed pygmy rice rats, has been spread into residential areas after wildfires earlier this year destroyed the rodents’ habitats.

So the forest service is stepping up efforts to breed and release Chilean white owls and Magellanic horned owls to hunt down the infected rats.

The owls feed almost exclusively on rodents, and neither the rats nor the owls become ill from the hantavirus.

But some Chileans retain traditional fears about owls, bringing resistance to the project.

“If an owl hooted near a house, it used to mean that someone would die in that house. But in reality it is the opposite — the owls are actually protecting homes,” Lagos…

Islands are hot spots of biodiversity, often home to rich and unique ecosystems. Despite covering just 5 percent of the Earth’s land, the planet’s 180,000-odd islands contain a fifth of its plant and animal species. Around half of recorded extinctions have occurred on islands.

Unfortunately, many islands have been infested in recent centuries with ecosystem-wrecking rats and other invasive species. So scientists the world over have clamored to remove the destructive pests and protect the original inhabitants. More than 900 islands have been cleansed of rats and other animal invaders so far, often through the controversial use of poisoned baits.

But a new paper published in Trends in Ecology and Evolution asks an unsettling question: When it comes to low-lying islands that will eventually be swallowed by sea-level rise, why bother?

Richard Conniff is the author of ‘The Species Seekers: Heroes, Fools, and the Mad Pursuit of Life on Earth’ and other books.
full bio follow me

Earlier this year, a study came out describing a new plant species in the Andes that is the sole home of an estimated 40 or 50 kinds of insects. I thought that had a certain “wow” factor. It also seemed like a chance to write about “keystone species”—the ones on which whole ecosystems depend—and the ripple effects when such a species goes extinct.

So I asked for a comment from evolutionary ecologist Dan Janzen at the University of Pennsylvania, and he…

This video from England says about itself:

Beavers are a vital missing link in the UK’s ecosystem and the wetland environment is suffering from the loss of beaver activity. In principle we support the EU’s call for governments to reintroduce lost endemic species and note that England is one of the few remaining countries not to reintroduce beavers.

European beavers are back in the wild

February 2014: After an absence of more than 200 years a small population of European beavers, Castor fiber, has been seen wild in the English countryside. A family group of three were filmed by Tom Buckley on the River Otter in East Devon. They are believed to be the result of an escape or unsanctioned release.

By JAMES KARIUKI as published on AfricaReview.com

“Kenyan Agency Gets It Right?”

A Kenyan environmental regulatory agency has cancelled a license granted to a butcher for allegedly using his premises to slaughter donkeys.

The $173,000 premises in Naivasha, 100km west of Nairobi, was meant for the slaughter of cows and sheep only.

The National Environmental Management Authority (Nema) said the trader had abused the terms of the original licence, and called on the police to investigate him.

The man was also accused of being behind the booming trade in donkey meat.

Nema’s county director Winfred Osumo warned that any licenses issued by his office must be used for the intended purpose only and any changes must be communicated to them first, the facility re-inspected and a new license issued.

Still think checking those product labels for palm oil is too much of a hassle!?

These are nearly extinct Sumatran elephants we’re talking here. And the palm oil plantations don’t give a shit.

The sheer evil of palm oil greed knows no bounds. This is soul-breaking and heart-wrenching.

I hate the perpetrators. I do not give a shit what their reasons are, whether it’s poverty, crop preservation, self-defense, or something else. There’s no good reason for this. This is a crime against simply being a living entity on this planet all of us creatures share.

Mongabay, because it’s a top notch environmental journalism site, has to be objective by inserting the word “allegedly” into the story. However, I have no such requirement. I have the luxury of pointing fingers and being accusatory. Fuck palm oil plantations.

In Canada, some Caesar salads are being recalled for possible Listeria monocytogenes contamination. They were sold in Alberta, British Columbia in Buy-Low Foods and Nester Market, and in Alberta, British Columbia, Manitoba, Ontario, and Saskatchewan at Safeway and St. Martin’s Family Foods. No illnesses have been reported to date. The names of some of the salads are spelled differently; that’s the way they appear on the label. In Canada, Aquafuchsia Foods is recalling alfalfa sprouts because they may be contaminated with Salmonella bacteria. The sprouts were sold in Quebec. No illnesses associated with the consumption of this product have been reported to date.

Ottawa, February 25, 2014 – Aquafuchsia Foods Inc. is recalling Aquafuchsia brand alfalfa sprout product from the marketplace due to possibleSalmonella contamination. Consumers should not consume the recalled product described below.

The following product has been sold in Quebec.

(NaturalNews) The dangers associated with pesticide exposure are much more far-reaching than previously thought, as illustrated by a shocking study recently published in the journal Neurotoxicology and Teratology. It turns out that chronic exposure to Monsanto’s Roundup formula, the active ingredient of which is glyphosate, as well as too many other common pesticides and herbicides is one of the primary environmental factors responsible for causing neurodegenerative disorders in humans.

As originally reported by Sayer Ji over at GreenMedInfo.com, the study brings to light the intricacies of how pesticide and herbicide chemicals induce cell death, which can eventually cascade into a host of chronic neurological illnesses such as Parkinson’s disease and Alzheimer’s. Even at levels significantly lower than the government-established safety thresholds, these persistent chemicals, which are routinely sprayed…

The facility was also penalized $11,900, and notified that all of the company’s products must be destroyed. Mu Kung Hwa Oriental Food has 10 days to appeal and request a reconsideration, but it cannot produce food during that time period.

Roos Foods of Kenton, DE is expanding its recall of cheeses that may be contaminated with the pathogen Listeria monocytogenes. The recall now includes all lots of Amigo and Mexicana brands of Requesón part-skim ricotta in 15 oz. and 16 oz. plastic containers and all lots of Amigo, Mexicana and Santa Rosa De Lima brands of Queso de Huerta (fresh curd cheese).

In addition to the cheeses listed above, all lots of the following cheese are being recalled: Cuajada En Terron, Cuajada/Cuajadita Cacera, Cuajada Fresca, Queso Fresca Round and Queso Dura Viejo Hard Cheeses sold under the brand names Amigo, Mexicana, Santa Rosa De Lima, and Queso Fresco sold under the Anita brand name. The recalled cheeses were packaged in flexible plastic bags and rigid plastic clam shell packages in 12 oz. and 16 oz. sizes.

They are huge, but very docile. The native breed is creamy white in colour, with a distinctive hump. Sometimes the pious people of India can be seen feeding a roadside cow with a carrot or chappati or some water.

Even if the Indian cow eats paper and plastic surprisingly there is negligible effect on its milk and urine as they take all ill effects in its own body.

What happens in Dairy farming?

For many people, dairy farming conjures up images of small herds of cows leisurely grazing on open pastures. Although scenes like this still exist, most milk is produced by cows raised in intensive production systems. Some cows are housed indoors year-round and lactating cows are often kept…

Surabaya. Within the span of just 11 hours on Wednesday, Surabaya Zoo lost two more animals, bringing to 11 the number of animal deaths this year at the facility dubbed by the international media the “zoo of death.”

Agus Supangkat, a spokesman for the zoo, confirmed on Wednesday that a female anoa — basically a miniature water buffalo — and a male dromedary camel were the latest animals to have died there. He said there was nothing unusual in the deaths, citing old age in the case of the anoa and a skin disease in the case of the camel.

“There are no physical bruises on the anoa’s body,” Agus said.

“We tried our best to save its life, especially considering how the anoa has been under the medical team’s watch.”

He said the anoa, named Happy, was on a list of 84 animals categorized in January as being ill…