“It’s important for shelter animals to have blankets and other things,” says Harley. “They will be more comfortable and maybe less scared.” Cherie Helman

Imagine a pile of more than 3,000 blankets, sheets, quilts, towels, pet toys, supplies, and pet food. It would probably fill your classroom—maybe even overflow out the door! That’s how many items Harley Helman’s organization, Blankets Fur Beasties, has collected for shelter animals.

Always an animal lover, eight-year-old Harley felt good when she and her family donated blankets to a local shelter. “It’s important for shelter animals to have blankets and other things. They will be more comfortable and maybe less scared.”

But Harley knew her family couldn’t provide blankets for all the animals in northeast Ohio who needed them. That’s when she decided to ask other people for donations—and Blankets Fur Beasties was born.

In Oatman, Arizona, burros are likely to nuzzle with tourists and are notoriously difficult to move out of harm’s way. 18 burros have been shot and killed in the last five years. Photo credit: Robyn Beck/AFP/Getty Images.

by PETER O’DOWD
From KJZZ

In the desert outside of Phoenix, there have been 18 shootings in the last five years, a series of mysteries that has stumped federal investigators.

Let’s be clear, we’re talking about donkeys: specifically, wild burros, the federally protected asses of the Old West. In late January, out among the desert scrub and beavertail cactus, two from the Lake Pleasant herd were found dead.

“We consider that a murder scene,” says Steve Bird, a burro specialist with the .

Thirty-five miles northwest of Phoenix, the dirt road stops at a gate. This is where someone took aim, with skill.

“One bullet hole per animal, right set in the lungs,”…

If the EU Commission Will Not Act Quickly – Its Citizens Will !!

On Saturday, 8th of March the biggest international DEMONSTRATION against dog killing in Romania will take place in over 50 cities from THROUGHOUT EUROPE(and not only).

Please, all of you who can participate, see

where there are mentioned all the cities where the protests are organized.

Also you still have time to initiate/organize in other cities protests in this respect.

I would suggest to be at the Romanian embassies/consulates.

Thank you for every continuously effort you do for the animals from Romania! 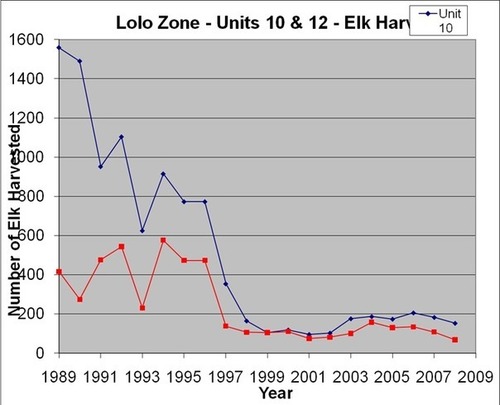 Disabled vet kicked out of Houston restaurant over service dog

HOUSTON — A U.S. Army and Navy veteran says he was told he had to leave a west Houston restaurant because of his service dog.

Aryeh Ohayon says it happened Tuesday at the Thai Spice Buffet II restaurant in the 2500 block of South Voss Road.

Ohayon called Houston Police and waited inside the restaurant.

He claims the officer who responded made him feel even worse.

“I told him what my disabilities were. That’s when he said, ‘you’re not blind’,” recalled Ohayon. “[He said] ‘I don’t see why you need the dog.’”

Ohayon served this country for 23 years.

He says the memories from his more than two decades of service have led to depression and PTSD, both…

When meat is imported into the European Union the law stipulates that the animal must have been slaughtered in line with EU legislation.

However, when EU animals are exported, the same rules are not afforded to them and instead they can face brutal treatment and long drawn out slaughter.

Every year three million Europeananimals are sent on long, stressful journeys to be fattened or slaughtered outside the EU. A vast number of these go to the Middle East where Compassion’s recent investigation, in partnership with Animals Australia, has uncovered immeasurable suffering.

Please take a moment to watch the film and slideshow below to find out more about this deplorable trade. Be warned; some of the film is distressing to watch, but it’s essential concerned citizens find out where European animals are ending their journeys.

An all too familiar story in the animal welfare world has ended in needless tragedy.

In August 2013, a Good Samaritan found a sickly cat in a park in the Bronx and took him to Gentle Hands vet clinic. The clinic’s owner, Dr. Shirley Koshi, took him in and nursed him back to health. Several weeks later, Gwen Jurmark showed up at the clinic demanding the cat, called Karl, be given to her. Ms. Jurmark claimed Karl was part of a maintained colony of cats who live at the park. She believed she had legal standing to claim Karl due to the fact that she had paid for his neuter surgery some years back. Ms. Jurmark filed a lawsuit against Dr. Koshi in October after she refused to give Karl to her.

Dr. Koshi became the target of a cyberbullying campaign. (I’m only including one link as an example…

Contact NC Wildlife Resources Commission and tell them to ban hunting for coyotes in Red Wolf Territory, especially at night-time when they cannot be distinguished from endangered red wolves!

Fewer than 100 red wolves remain in the wild. And if we don’t act soon they will continue to be shot and killed.

In the past year alone, 14 red wolves have met untimely deaths in the North Carolina woodlands where they are making their last stand. The most recent victim – a radio-collared wolf found shot to death only last month – is the seventh to die from bullet wounds.

And the bloodshed could escalate dramatically if North Carolina state officials continue to permit hunting for coyotes in red wolves’ tiny habitat – including hunting with spotlights at night. Smaller than gray wolves, these wolves are…

Barker in the letter on Thursday tells Otter that more than a dozen other states have rejected similar bills, and it could damage Idaho’s image among consumers across the nation.

Barker refers to himself as a lifelong Republican, and says it’s crucial for police to have access to everything they need to enforce the law. He wrote the letter on behalf of the animal rights group People for the Ethical Treatment of Animals.

If Otter signs the bill, anyone who films or records on an agricultural operation without permission will face up to a year in jail. That’s double the maximum penalty for animal cruelty under Idaho law.

Barker hosted “The Price Is Right” from…

COPENHAGEN, Denmark — Jewish and Muslim groups in Denmark have vowed to fight a new ban on the ritual slaughter of animals necessary to ensure kosher and halal meat, saying the law threatens their religious freedom.

“It is a basic element of the Jewish religion and if they take this away, they take away a basic right,” said Bent Lexner, chief rabbi of the Great Synagogue in Copenhagen.

The Danish government approved a measure earlier this month forbidding poultry and livestock to be killed without being “pre-stunned” — a method that ensures the animals are not awake when they are slaughtered. But according to Jewish and Muslim customs, animals must be conscious when killed to be considered kosher (Jewish) or halal (Muslim), though rules for Muslim slaughter are more lenient.Denmark is the latest European country to approve such a ban: Norway, Sweden and Switzerland passed laws forbidding ritual slaughter decades… 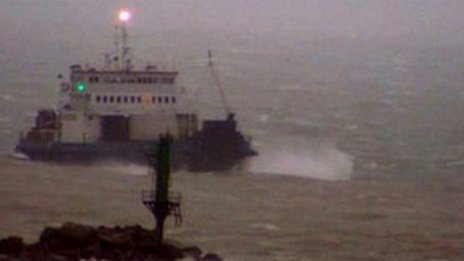 A council has been told it did not have the authority to suspend live exports after more than 40 sheep died while being transported.

The High Court ruled the ban through Kent’s Port of Ramsgate, imposed by Thanet District Council was unlawful.

The council imposed the ban in September 2012 after three sheep drowned and 40 had to be put down.

The judge said the ban was a “disproportionate decision reached in haste” without receiving separate legal advice.

A whale, likely a fin or humpback, was found dead in a shallow-water area near the Maryland-Virginia state line in the Chesapeake Bay, an official said. / Submitted Image by VNR police officer Richie Pruit

February 25th, 2014 (Ted Shockley). VIRGINIA BEACH — It was likely a fin or humpback whale that was found dead in a shallow-water area near the Maryland-Virginia state line in the Chesapeake Bay, an official said.

Rescue teams with the Virginia Aquarium Stranding Response Team hope to learn more about the 30-foot-long animal’s death from samples taken from its badly decomposed body.

Part of the difficulty with identifying it is the animal is partially submerged in shallow water, unlike whale strandings in which the animal is beached, so it is difficult to see its markings.

“They are hoping to talk with others and identify…

Please look carefully at the retail distribution list and the list of products that have been recalled. If you purchased any of these products at those locations, or at other locations, do not eat them. Discard them or return to the place of purchase for a refund.

via   The Descent into Tyranny .

In the past few years, the science of Internet trollology has made some strides. Last year, for instance, we learned that by hurling insults and inciting discord in online comment sections, so-called Internet trolls (who are frequently anonymous) have a polarizing effect on audiences, leading to politicization, rather than deeper understanding of scientific topics.

That’s bad, but it’s nothing compared with what a new psychology paper has to say about the personalities of trolls themselves. The research, conducted by Erin Buckels of the University of Manitoba and two colleagues, sought to directly investigate whether people who engage in trolling are characterized by personality traits that fall in the so-called Dark Tetrad: Machiavellianism (willingness to manipulate and deceive others), narcissism (egotism and self-obsession), psychopathy (the lack of remorse and empathy), and sadism (pleasure in the suffering of others).

It is hard to…