These animals are powerful enough to kill you,and yet they choose to hug you!!!!

Call of the Wildman is a Fraud….The point we thought is to show us how to survive in the wild…not act like a wild man…..

Update, Marius has been killed: http://www.theguardian.com/world/2014/feb/09/danish-zoo-outrage-giraffe-marius

A giraffe called Marius is in serious danger of being executed at the Copenhagen Zoo on Sunday, February 9.

His last meal is less than twenty-four hours away. Marius is healthy and 18 months old.

According to the zoo’s scientific director, Bengt Holst, Marius’ impending death will protect the rest of their giraffe population from inbreeding. Thanks to European laws, he says, Marius  must be euthanized before he comes of age and attempts to mate.

Attempts to find the young giraffe a new home have been unsuccessful.

Marius faces death by bolt gun. The zoo plans to use his meat to feed carnivorous zoo animals, and a lethal injection would contaminate the potential feed.

But before the majestic animal’s body is fed to the (literal) tigers, it will…

The Truth is Where?

Stream of rubbish flowing into North Sea having disastrous effect on freshwater ecosystem too, study shows. 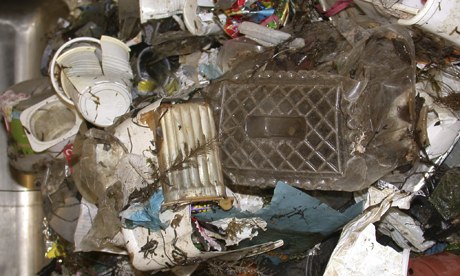 Plastic rubbish collected on the bottom of the Thames.
Photograph: Trustees of the Natural History Museum

An unseen stream of plastic rubbish flowing along the bed of the river Thames and out into the North Sea will have far-reaching effects on marine life, a new report indicates.

Scientists from the Natural History Museum and Royal Holloway, University of London, collected rubbish over a three-month period at the end of 2012 from seven locations along the river bed of the upper Thames estuary, between Crossness and Broadness Point.

The team netted 8,490 items including plastic cigarette packaging, food wrapping and cups that may have been blown or washed into the river down storm drains. More than 20% of waste was made up…

The Barn Owl Trust reports that barn owls are being poisoned by rodenticides and has organized a petition to stop the use of these poisons:

In 2013 across Britain, the number of Barn Owl nests varied between 45 and 95% lower than normal. Changing climate and habitat loss is part of the picture but Barn Owls are also being killed by powerful rat poisons used on farms across the country. Indeed, the latest scientific research shows that 84% of Britain’s Barn Owls feed on poisoned prey. Some die as a direct result.

It is highly likely that sub-lethal doses also have a negative impact (see below). Rodenticides can be used without any training and product labelling is inadequate and misleading

To learn more and sign a petition to help save the Barn Owls in the UK go to:  The Barn Owl Trust – Rodenticide campaign – OUR PETITION.

Her name is Lolita, and she is 48 years old. August 8th, 2012, marked the 42th anniversary of Lolita’s capture from her family, the South Resident orcas in Penn Cove off Whidby Island in Washington. She was kidnapped at the age of 6 from her home in northwestern Washington State, and she has been a prisoner for the last 42 years.

The entire community of about 85 resident orcas was driven into Penn Cove, Whidbey Island. Four baby whales and a young mother drowned in the capture, and seven very young whales were sold into the entertainment industry. Of at least 45 whales removed or killed during the capture era, only one survives … alone … in a Miami marine park, The Miami Seaquarium. Since the brutal capture Lolita in 1970, she has been kept in a tank that is illegal by current…

Stop Me If You’ve Heard This One Before: 52 Thoroughbreds Need Homes…..

END_OF_DOCUMENT_TOKEN_TO_BE_REPLACED

The video has been removed due to its violent content !!!

According to Thursday’s Bay News 9, officials who executed a search warrant at a Bradenton, Fla., animal sanctuary discovered multiple shallow graves on the property.

Many of the animals on the property were in poor health – approximately 12 dogs were in such poor condition that they were humanely euthanized.

Eight dogs were found in a shallow grave on the property and it is unclear if there are more which have yet to be found.