A recent report by the Centre for Responsible Tourism (CREST) in collaboration with Stanford University highlighted that bear viewing produces far more jobs and revenue than the grizzly bear trophy hunt, which costs more for the government to manage than it generates back in revenue. There is simply no scientific, ethical or economic rationale for the trophy hunt.

While we love wolves and other wildlife, many of us feel stymied by our inability to protect them. Soon we will have an opportunity to do our part to greatly limit trapping in the beautiful state of Montana.

Trap Free Montana Public Lands (TFMPL) is spearheading a citizen driven ballot initiative to end recreational trapping on public lands. This is a new movement, and one that must move quickly. 25,000 qualified signatures from across the state are needed by June so this initiative can appear on the ballot in November of this year.

What can you do? If you live in Montana it’s easy. Once the final approval process is complete, you can help gather signatures. But don’t worry, everyone can participate. Go to TFMPL’s excellent website. There you will see exactly how to get involved. If nothing else, send a few bucks to support this worthy endeavor. 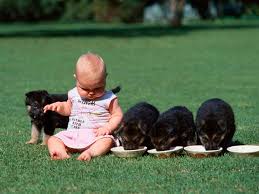 I have read an article online that tackles about a charity that aims to improve the life of children with autism by providing a trained support dog. I was amazed of the said charity that’s why I write this article about them. To date, the charity was said to be on the cliff of their financial stability, which is needed to train this support dogs for children. The charity entirely relies on donations in order to cover up all the needs and expenses for these dogs to their respective families. It is estimated to cost $35,000 to provide each autism support dog.  Although there were dogs that have been distributed to cater the needs of those autistic children.

Currently the charity has served families in British Columbia and Alberta. Though, each child with autism is unique, many still exhibit behaviors that lead to safety apprehensions  ( autistic child bolts away…

OKLAHOMA CITY – A local senator has filed legislation that would allow Oklahomans to decide whether they want horse slaughter plants in their communities.

Senate Joint Resolution 66 would require facilities to be approved by voters where the plant would be located.

“When Governor Fallin signed legislation into law last year legalizing horse slaughter, she issued a statement saying it was important for towns to be able to block horse slaughter plants if that was their will,” said Okla. Sen. Randy Bass.  “This legislation would simply give counties the option to decide for themselves whether they want these facilities in their jurisdictions or not.”

A survey conducted by SoonerPoll last year revealed that most Oklahomans do not want a horse slaughter facility in their community.

“What’s interesting is the fact that it…

[If not safe there, where?]

MOOSE, WY — A gray wolf was shot and killed at a private inholding within Grand Teton National Park on Monday, January 20, 2014. The person who fired the lethal shot notified Wyoming Game and Fish Department wardens and they reported the situation to park rangers at approximately 10:30 a.m.

Grand Teton National Park rangers and a park biologist responded to the area to investigate the incident. The Wyoming Game and Fish Department is conducting a concurrent investigation.

The wolf was a two-year-old male and was not radio-collared; its pack affiliation is unknown. At the time of the shooting, this wolf was in the company of three to four pack mates.

The incident is under investigation by the National Park Service in consultation with United States Attorney’s Office, District of Wyoming, and no further information will be released until the investigation is concluded.